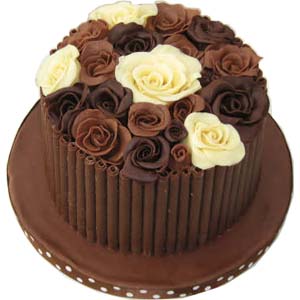 Everest is high: so high, there is not a higher point on Earth than its summit. Everest is vast: so vast, it takes a week on average to get to the top and back down. Everest is cold and windy: so cold and windy, that some climbers calculate beforehand how many digits they would be prepared to lose to frostbite for a chance to summit. Everest is unpredictable: so unpredictable that it is pointless and arrogant to make any such calculations. Everest is a captivating dream: so captivating that many remain asleep on its slopes forever. Thus, it is only too appropriate that an ascent of Chomolungma, Mother Goddess of the World for Tibetans, should be taken seriously, and the climb strategy be thoroughly planned.  I will write about how I plan to go about the climb in several consecutive posts, the first of which will deal with my choice of commercial expedition to join.

Tens of commercial adventure companies offer logistics and climbing support to the Everest hopefuls, capable of affording their services. Prices range widely, depending on the amount and quality of support the climber may expect to receive. A very insightful article about the costs involved in undertaking an Everest expedition, and the services available, can be found here: http://www.alanarnette.com/blog/2012/02/07/everest-2012-a-look-at-the-costs

What am I going to do, then? I will neither be hiking to Tibet, hiring my own yaks and climbing solo, nor will I be arriving at base camp by private helicopter and joining the most expensive expedition. Instead, I have signed up with the same expedition leader I was with on Manaslu – someone I know, respect and trust.  No more than eight repeat offenders/returning customers are accepted on his Everest team, and all us must to be ‘climbers’, not ‘clients’. I like our leader’s expedition philosophy, which is all about maximum safety and professionalism on the mountain, and maximum comfort – and even luxury – at base camp.

Nine highly experienced climbing Sherpas, all multiple Everest summiteers, will be working on the route and assisting us, ‘westerners’, in getting to the top. Among them will be my Ama Dablam, Ganchenpo and Cholatse accomplices – Dorjee, who will be the sirdar, leader of the Sherpas, and Pasang, who will climb with me. The Sherpas will set up high camps and stock them with oxygen and other necessary equipment. On summit day each western climber will leave Camp Three with a Sherpa, who will carry their extra oxygen and walk by their side until they return to Camp Three. Even lower down on the mountain, no climber will be permitted to travel between camps alone, and each will be required to carry a radio and a personal emergency medical kit. I have once witnessed these safety precautions prove to be live-saving. On summit day on Manaslu last October my team mates and the Sherpas were able to coordinate a rescue and provide first aid to a climber from another expedition. Alone, he’d collapsed near the summit and would certainly have died if it wasn’t for my team’s courage and benevolence as well as the radios, medicine and oxygen they had readily available.

Between acclimatization rotations and then, hopefully, before the summit push, we will be spending a fair amount of time at base camp, where each climber will have her/his own three-person tent, a large heated dining dome, a communications/entertainment dome with access to Internet and satellite phone, gas heated showers, custom weather forecasts, movie nights and daily happy hour with wine – for all but me, who consistently prefers caffeine and aspartame to alcohol… This setup may sound excessively luxurious to those, who believe that part of the charm of mountaineering lies in its austerity. I am all about frugality and moderation myself – but moderation, too, in moderation. It may be fine to live in a tent with three other people for a week without showering, and subsist on instant soup and energy bars, but it is unhealthy – both physically and psychologically – to do so for two months. On Everest harshness and asceticism inevitably lurk at every corner, and to be able to escape from them at base camp is nothing less than wonderful and, perhaps, even necessary. My dear readers, do not underestimate the power of chocolate cake: it is the vision of a slice of it on your plate at base camp, which will motivate and speed you up on descent, luring you back to safety.

To sum up, then, let’s see what my choice of expedition company was based on. One word: experience. My climbs, successful and otherwise, have shown me what I need and what I must avoid to get to the summit. Having climbed with my Everest expedition leader on Manaslu, and some of his team of Sherpas – on several other mountains, I feel confident that they can provide for a safe, comfortable and interesting climbing experience on Everest. I know what to expect – and what not to expect – from them, while they know my strengths and are prepared to help me deal with my weaknesses. As it will be a long expedition, it is really very good that I like my team mates, most of whom I have met and even climbed with before. Most importantly, however, I simply adore the chocolate cake our cook makes ;).

4 thoughts on “The Everest Chocolate Cake”